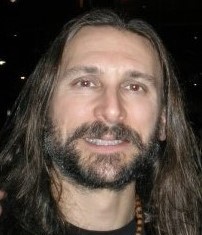 Mario Beaudoin has over 30 years of experience in the areas of semiconductor materials and devices.  He completed his B.Sc. and M.Sc. in physics at McGill University, and a Ph.D. in engineering physics at the École Polytechnique in Montréal.  Mario then held a series of research positions where he synthesized III-V semiconductor strained layer multi-quantum well structures by MOCVD and MBE in order to study their structural, electrical and optical properties as well as to fabricate opto-electronic devices including a novel C and L-band tunable vertical cavity surface emitting laser (VCSEL). Mario wrote a book chapter on the growth, structural and optical properties and devices made from III-V semiconductor strained-layer multi-quantum well structures (Chapter 9 in “InP and related compounds”, M.O. Manasreh, Ed., Gordon and Breach 2000) and has authored or co-authored over 50 publications in peer reviewed journals.  His current research interests are in the areas of micro- and nano-fabrication for electronics and photonics applications. He joined the AMPEL team in June 2003, taking care of the Nanofabrication Facility, and became an SBQMI RA in 2017.

Mario is also very active in the francophone and francophile community of Vancouver.