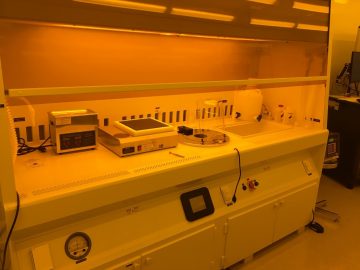 Furthermore, all of the infrastructure that renders the labs a cleanroom and controls its environment, was replaced, and at the same time, cleanroom furnishings and many new tools and instruments were bought and installed. To avoid a long listing of items, it would not be far from truth at all to actually say that everything is now brand-new. Importantly, the certified lab cleanliness was also upgraded by one ISO class. The drawing in the figure below shows the renovated cleanroom layout. You will find that the location of some of the tools is different than shown. We just decided it’s more efficient that way when we actually got to occupy the real space, as opposed to working on paper. 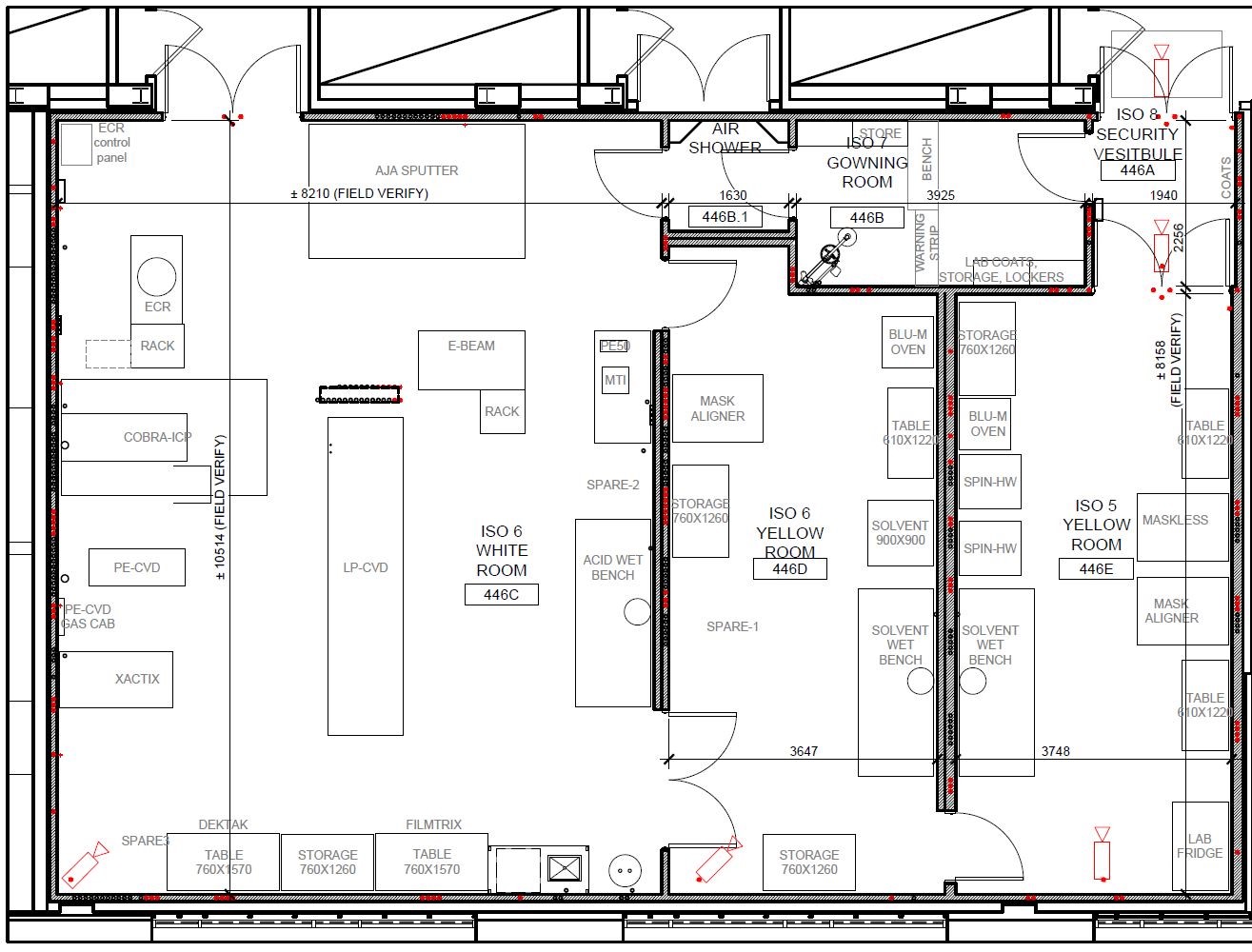