This semiautomatic profilometer can be used for single and multiple scans. It provides data on a film thickness, or on a surface roughness and also allows the generation of 3D images.  By measuring the curvature of a sample before and after deposition of a thin film, the residual stress of the thin film can be determined from Stoner’s equation. 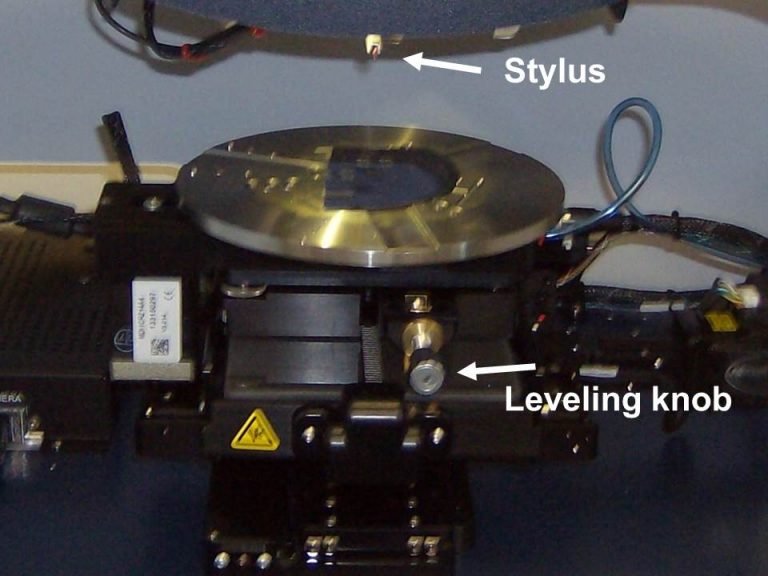 Close up of Dektak stage, showing stylus and leveling knob.

You should normally find the Dektak powered ON and with a silicon wafer sample on the chuck.  The sample is kept there to protect the stylus in case of a non-controlled scan.  If the unit is not powered, push the white button on the external power box. 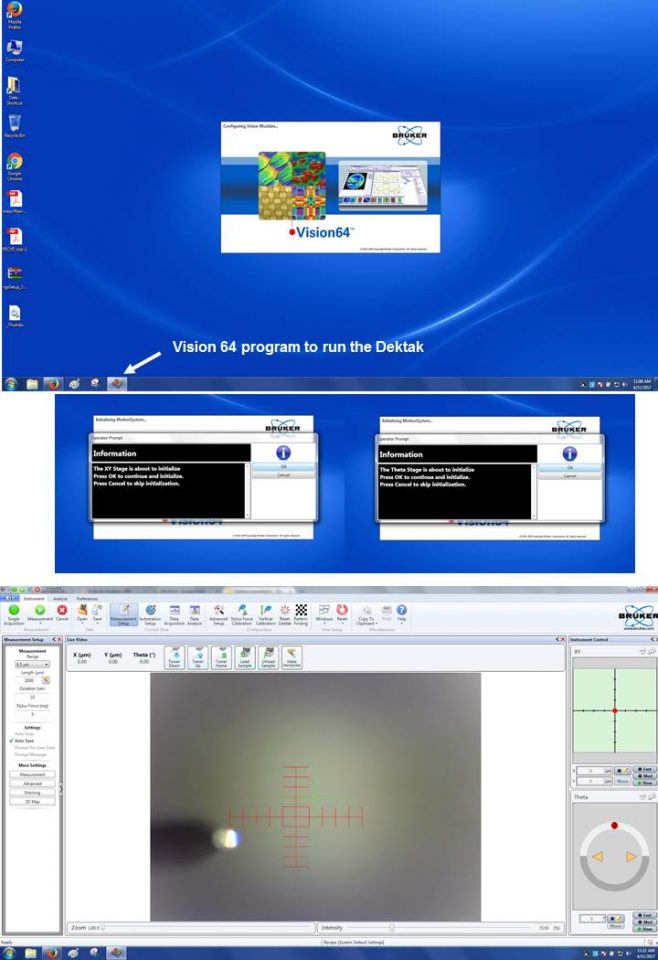 When your measurements are complete:

For more information, the full users manual is on a DVD loaded in the Dektak computer.